Ahmedabad: Adani Foundation has contributed INR 50 lakhs towards ISKCON, Dwarka to feed the underprivileged population in Delhi. As India grapples with a lockdown to arrest the spread of the COVID-19 pandemic, it is the poor and the daily wagers who are the most adversely affected. ISKCON is providing meals to more than 1 lakh people on a daily basis. The foundation’s financial aid will boost their efforts as it plans to reach out to more than 4 lakh people daily in the near future.

Adani Foundation is feeding this section of the society through community kitchens and canteens being run in various sites across the country where it is operational. More than 11,000 packets of food and ration are being distributed each day at Mundra (Gujarat), Godda (Jharkhand), Kawai (Rajasthan), Dhamra (Odisha) and Vizhinjam (Kerala) every day. A total 20,883 labourers and people in the rural communities are given meals each day. Adani Foundation is also providing ration supplies to community kitchens that are running in full force to feed the communities.

Amidst all the widespread measures being taken to contain the COVID-19 outbreak in India, Adani Foundation has stepped up to guard the health and well-being of the rural population at various locations. It has provided personal protection kits for the health workers and doctors at the SVP Hospital in Ahmedabad, to ensure the safety of medical professionals who are working tirelessly.

More than 1000 masks were distributed to police personnel and health workers in Ahmedabad city, while more than 400 packets of food, mineral water and sanitary kits are being provided at various locations in the city.

Also, GK General Hospital in Bhuj is the only corona virus treatment centre in entire Kutch district. It is the first ever hospital in India that is being run asa Public-Private-Partnership (PPP) endeavour between Government of Gujarat and Adani Foundation. The hospital is now equipped with additional ventilators and other necessary equipment. Facilities are being amped up on a regular basis to deal with the urgency of the situation.

Masks are also being produced by the women’s co-operative group Mahila Udyami Bahudeshiy Sahakari Samiti, in Surguja, Chattisgarh. A total of 15,000 such masks are being distributed in 10 villages along with hand washing liquid. The Adani Foundation team had also met the Village Panchayat members to create awareness amongst the community about the measures to prevent the spread of the COVID-19 pandemic.

Adani Foundation is ensuring that all the volunteers and staff are provided with sanitised premises and social distancing measures are being implemented while helping the communities. Adani Foundation is committed to serve the people of India in this unprecedented time of global crisis. 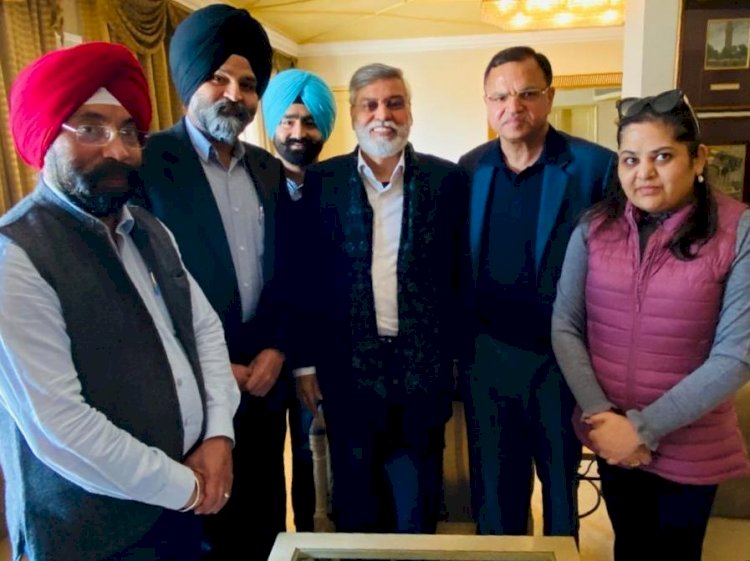