Milestone achieved in 17 months since launch of operations

Chennai: The Union Minister for Communications, Electronics & IT and Law & Justice Shri Ravi Shankar Prasad today announced that India Post Payments Bank (IPPB) has achieved an important milestone of 2 crore customers, providing a major impetus to Government’s efforts in furthering financial inclusion in unbanked and underbanked areas across the country.

In August last year, IPPB had reached the landmark of 1 crore customers in just its first year of operations. The next 1 crore customers have been acquired and onboarded in just 5 months. On an average, IPPB has been opening/maintaining a run rate of 33 lakh accounts per quarter.

Speaking on the milestone of 2 crore customers, Shri Ravi Shankar Prasad, Union Minister for Communications, Electronics & IT and Law & Justice said, “The success of IPPB’s business model underlines the Government’s intent in creating an interoperable banking infrastructure for the public good contributing toward changing the financial inclusion landscape in India. Since its launch, IPPB has enabled more than 1.36 Lakh Post Offices and 1.9 Lakh Dakiyas to provide a complete suite of banking services at the doorstep of the customer providing access to any Aadhaar linked bank account, leading to an increase in rural banking infrastructure by almost 2.5 times.”

“IPPB has been a harbinger in realizing Prime Minister Narendra Modi’s vision of ushering economic transformation by bringing banks to the doorsteps of the villagers and the poor. While Jan Dhan Yojana was the first step in bringing crores of Indians into the financial mainstream, IPPB’s ability to provide Interoperable Doorstep banking services to customers of any bank including the over 38 crore Jan Dhan account holders captures the essence of IPPB’s motto of Aapka Bank, Aapke Dwaar. I wish DoP and IPPB all the success in their journey of creating newer milestones,” he further said. 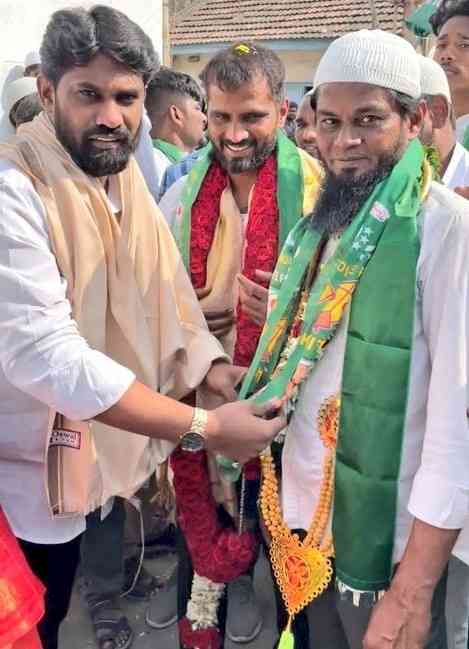 PM to depart for Tokyo for Shinzo Abe's funeral 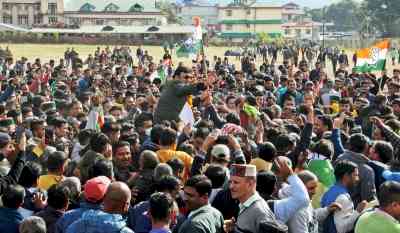 Congress gets majority in Himachal by winning 40 seats,...

Domestic tourist arrivals up by 16 pc for first three quarters...