No state-level function organized to pay homage to Bhagat Singh, Rajguru and Sukhdev

In view of the situation arising due to spread of coronavirus 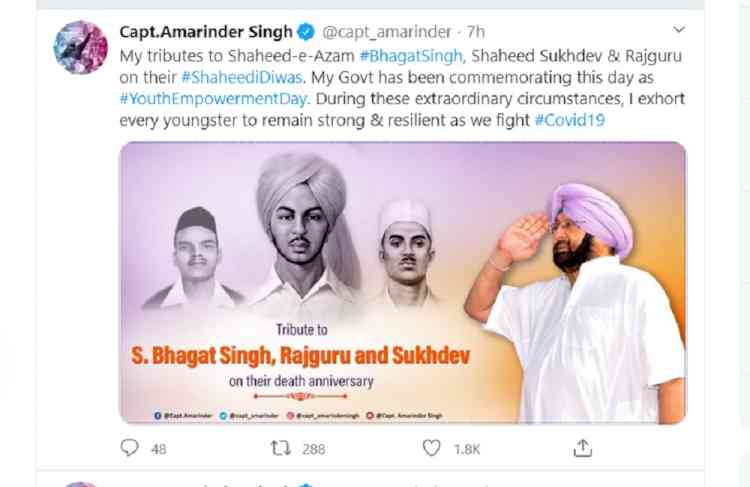 Ludhiana/Jalandhar: This was for the first time that no state-level function was organized at Hussiniwala, near here today, to commemorate the martyrdom day of three national martyrs Bhagat Singh, Rajguru and Sukhdev who were stealthily cremated by the British Rulers on March 23, 1931. The reason for not organizing the state-level function was in view of the situation arising due to spread of coronavirus.

The Ferozepur deputy commissioner Kulwant Singh pays his tributes to Bhagat Singh, Rajguru and Sukhdev at Hussainiwala on Monday.

However, the Ferozepur deputy commissioner Kulwant Singh went to the memorial of the three national heroes and paid his tributes. He also laid his wreaths at the samadh of Rajmata Vidyavati and BK Dutt. According to the deputy commissioner, the state-level function was not organized this time in view of situation arising due to coronavirus. At the same time, he asserted that it was still their duty to remember sacrifices made by the martyrs. He said the real tribute to the martyrs would be that the youths must get an inspiration from them and keep them away from the menace of drugs. He said the youths should work for progress and welfare of the society.

Further, the deputy commissioner said the three national martyrs played a key role in the freedom struggle of the country. This was due to their sacrifice that they were enjoying the freedom, he added. 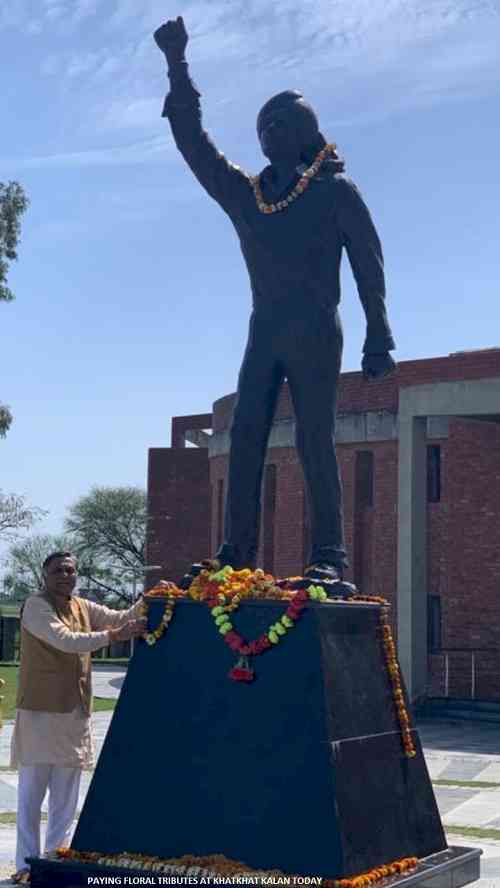 Meanwhile, Manoranjan Kalia Former Minister Punjab in a press statement issued in Jalandhar today said that it is for the first time in the history of India that no tribute was paid on martyrdom day of revolutionaries Bhagat Singh, Raj Guru and Sukhdev on 23rd March due to lockdown announced till March 31 by Punjab Government on account of pandemic COVID -19. The Punjab Government has cancelled the state level program at Hussainiwala near India-Paksitan Border in Ferozpur and Khatkar Kalan, the native village of Bhagat Singh in Nawanshahar.

Kalia further said that there were many pretexts available to the martyrs to avoid gallows but they chose the path of martyrdom. Had the martyrs chosen the other path, it would have taken more decades for India to get freedom.

Kalia advised that instead of cancelling the state level program in toto, it would have been better for the Chief Minister of Punjab Capt Amrinder Singh to have gone alone to the "Smarak" at Khatkhar Khalan as well as at Hussainiwala to pay floral tribute to the martyrs and to have cancelled  the congregation only, to avoid the spread of pandemic COVID-19.

Meanwhile, the Punjab Chief Minister Capt Amarinder Singh paid his rich tributes to the three National Heroes while tweeting his message on his official account on Twitter today. The tweet reads “My tributes to Shaheed-e-Azam #BhagatSingh, Shaheed Sukhdev & Rajguru on their #ShaheediDiwas. My Govt has been commemorating this day as #YouthEmpowermentDay. During these extraordinary circumstances, I exhort every youngster to remain strong & resilient as we fight #Covid19.”

It may be recalled here that Bhagat Singh, Rajguru and Sukhdev were sentenced to death in the Lahore conspiracy case and ordered to be hanged on March 24, 1931. However, the schedule was moved forward by 11 hours and the three were hanged on March 23, 1931 at 7:30 pm in the Lahore Jail. Later on, their bodies were brought near banks of the River Sutlej, where they were put to flames stealthily. On being learnt later on, a large number of people had gathered there. / (With inputs from Rajat Kumar in Jalandhar)

Big relief for Batala, Town to get sewerage facility, Punjab...

Mukh Mantri Punjab Motia Mukt Abhiyan to be launched in... 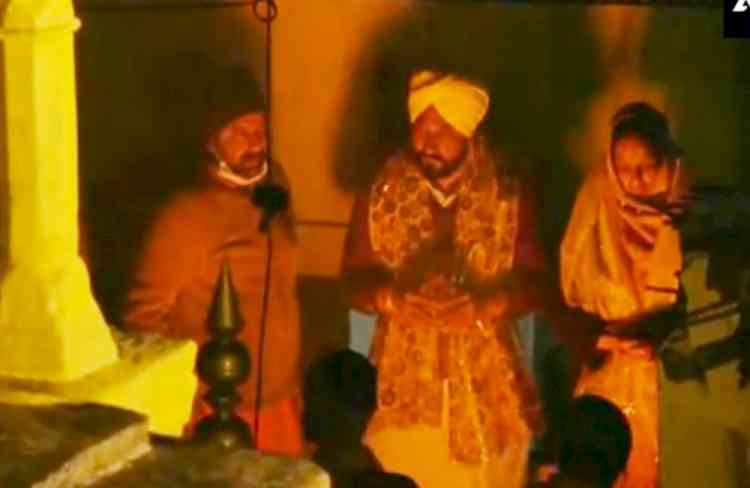 120 vacancies of technical assistant to be filled in Punjab...